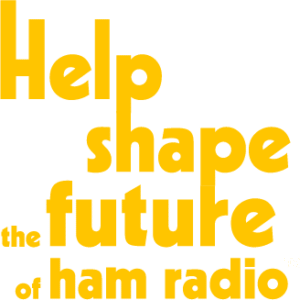 Today, 6 March 2021, Ham Census was officially launched by Ham Community as a public service. Below is the official announcement. Also attached is the download of the PDF announcement.

Ham Radio has a new census

As the amateur radio community grows and evolves, the need to better understand the preferences and expectations of amateur radio operators worldwide becomes increasingly important.

Inspired by the new licensees joining amateur radio’s ranks, and the seasoned ones who continue to believe in its value, Ham Census (hamcensus.org) is inviting all hams to take part in a unique survey. The project’s founders are looking forward to responses from both the United States and the rest of the globe, notably from Canadian neighbors to the north, the large Japanese and Thai ham communities, and all other operators worldwide. Questions deal with operating preferences, gear, the shack, views on regulations, clubs and associations, and importantly, about the future of amateur radio.

K3MRI, co-admin of both Ham Census and Ham Community, says: “We wanted to give operators a louder voice to better inform club leaders, associations, manufacturers and also regulators.” He continues, “we all want the amateur radio community to grow organically and collaboratively, and for that we need to know what operators are thinking.” K3MRI and his team are counting on operators, clubs, organizations and even ham-related businesses, to spread the word ensuring there is a large sample of respondents of all ages, all interests, and all nationalities.

Ham Census, which is divided into six parts, runs year-round delivering constantly updated results. The only caveat is that, though it is absolutely free for all to take and use, only those who complete all six parts of the Census have access to the full results.

Importantly, after completing it, Ham Census is encouraging respondents to submit suggestions on how to improve both the questions and multiple choice answers, notably on everything that is cutting edge. As K3MRI states: “if there’s one thing all hams continue to prove, is that amateur radio innovation is alive and well.”

Ham Census takes about 40 to 45 minutes to complete.